Team chat apps are, in a very real way, the remote office, and video conferencing apps are the remote conference room. Sometimes these apps stop working, and it feels like your entire team is just gone. This is particularly traumatic if, like me, you never developed object permanence, because you’ll believe that your coworkers and friends are simply gone forever. But it’s disruptive even if you don’t have that particular issue.

Slack and Zoom outages are usually brief, but sometimes they last hours or even an entire day. That can really slow down collaboration. So what should your team do if Slack or Zoom goes down? There are plenty of options—the important thing is that you have a backup plan.

If you rely on team chat apps and video conferencing tools so much that you’re reading an article about how to survive without them for an hour, you could probably benefit from automating parts of your work in them. Here are the best automations for Slack users and Google Chat users. And here are some suggestions for automating Google Meet or your other video conferencing apps.

Have a backup gathering place

It’s a good idea, during natural disasters, to have a pre-arranged gathering point. Remote teams should think the same way, agreeing on some kind of online gathering place if the team chat app you rely on goes down. The location should be documented, so everyone knows where to look when the time comes.

Where should this virtual gathering place be? A few options to consider: 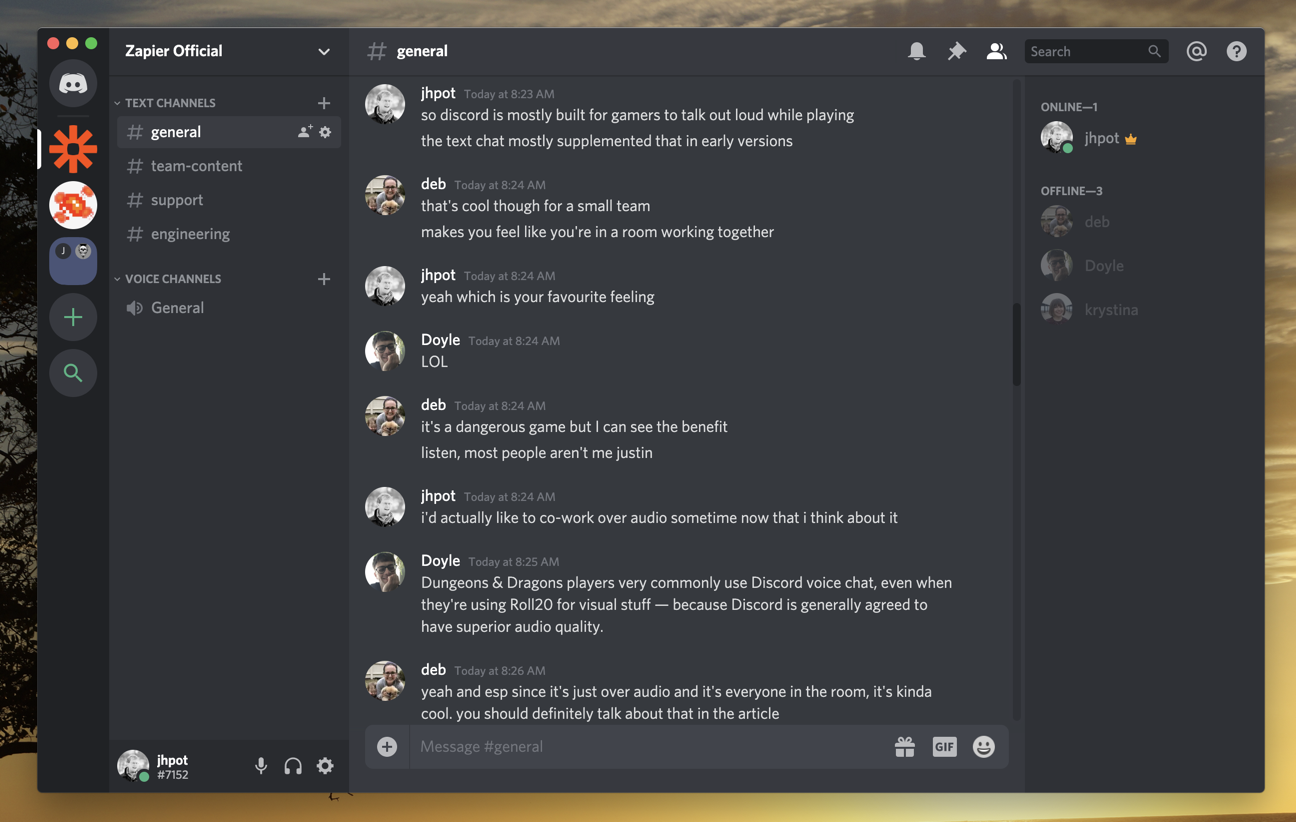 We’ve used the last approach in the past at Zapier. During an outage in 2018, we used a Quip document, complete with a chat, called Slack is down (The Official) Chat, and coordinated there. The entire document was basically a chat room.

It wasn’t nearly as robust as Slack, but it didn’t have to be. It was just a place for us to coordinate on a few crucial questions until Slack was back online. For that, it worked.

It would be nice if you could set a plan now and rely on everyone to remember it, but that’s probably not realistic. So it’s a good idea to have some other way to reach out to everyone and let them know what’s going on.

There should be one person who’s responsible for informing everyone where to gather during an outage. This could be the CEO, it could be HR—it doesn’t matter, so long as someone knows it’s their job. That person can inform everyone where to meet, using some form of communication that’s still working. A few ideas for that:

This should be more than enough to reach everyone during an extended outage.

Have a backup tool for meetings

In April, Zoom stopped working right before our weekly all-hands meeting, which is typically attended by about 300 employees. You might think the meeting would be canceled or rescheduled, but we actually pulled it off without much hassle. The secret: we had a backup video app.

In our case, that app was Google Meet, which we have access to because we’re G Suite customers. All we had to do was make a meeting link and share it over Slack. The meeting more-or-less continued as normal from there. 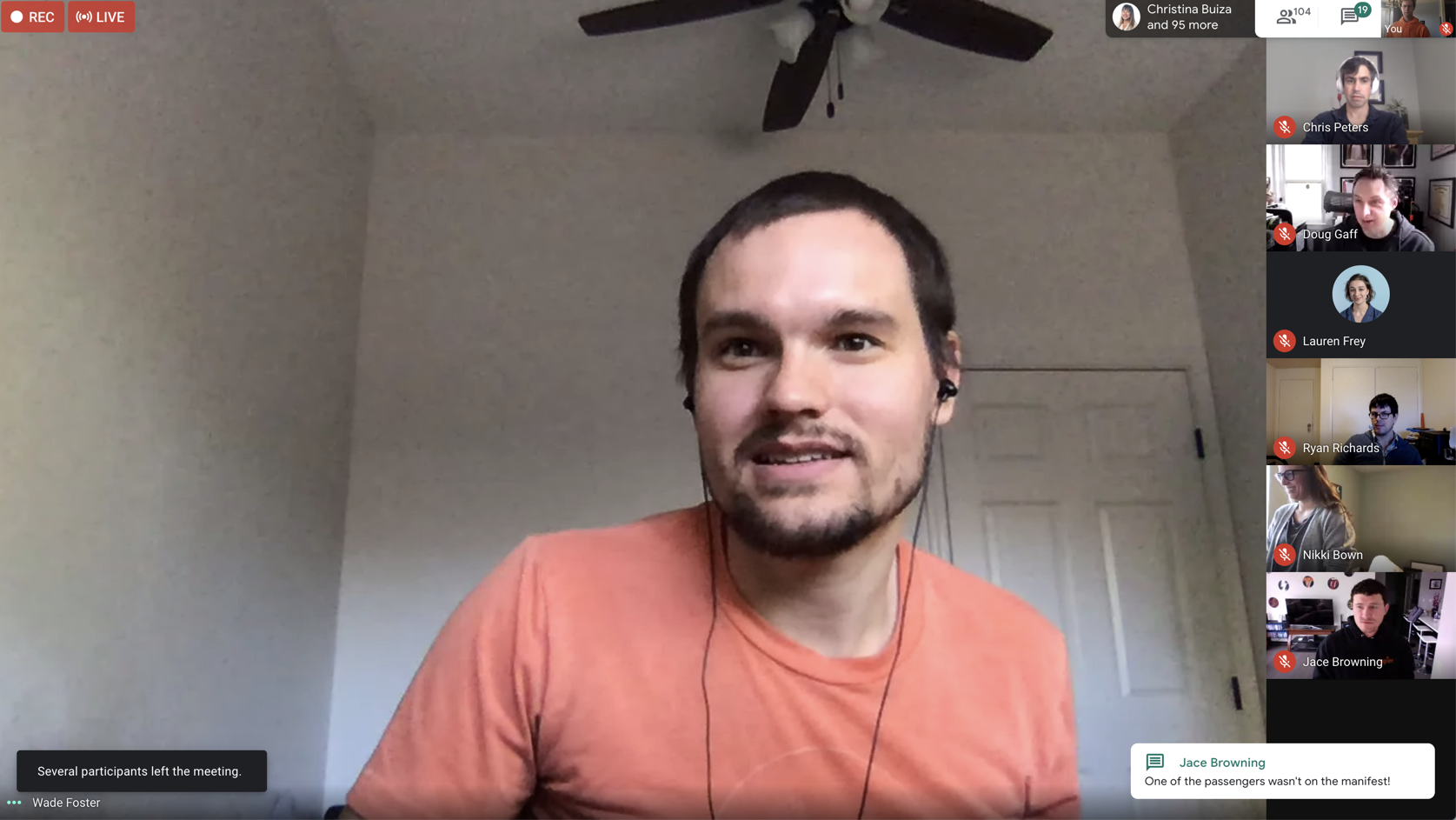 It’s worth reviewing your software bundles, seeing if you have a video conferencing app that could serve as a backup, particularly for larger meetings. If you don’t, check out our list of the best video conferencing apps—Google Meet, for example, offers free meetings for up to 100 people, which should cover most temporary use cases. A few other options include:

Or maybe just get some work done instead

Of course, there’s no rule that says you have to talk to your coworkers every five minutes. Maybe you should see any kind of outage as a chance to focus, without interruption. I sometimes block Slack entirely for this exact reason.

So consider ignoring the outage and working on something you don’t need your team for. Everyone will still be there when the outages are over. At least, that’s what people tell me.