Oveit, an ecommerce tech startup from Romania, aims to raise 450,000 euros through an equity crowdfunding campaign on the local platform SeedBlink. Oveit is known for its live stream shopping service called Streams.live, which lets retailers sell directly to consumers through live video sessions.

Oveit, founded in 2016, has a mission for the for you in future five years to become the leader of live stream shopping. To be able to achieve this goal, it’s now raising a bridge round of 450,000 euros so it can better build traction for 2021. Towards the end of this year, the startup wants to initiate a Series A round.

First crowdfunding, then Series A round

The first 100,000 euros will be invested by business angels, while the remaining 350,000 euros is available for investors on the Romanian crowdfunding platform SeedBlink. The campaign starts tomorrow and will last for 30 days.

‘Estimated value between 3 to 5 million dollars’

“The high capital in this round of financing, the only public listing until a possible IPO, will help us support the accelerated growth so far and will strengthen our efforts to attract a Series A investment, which we expect by the end of the year, at an estimated value of between 3 to 5 million dollars”, co-founder Mihai Dragan says.

Oveit wants to expand further in the US.

With the extra funding, the tech company from Romania wants to expand further in the US, where it has already been operating for three years.

Demand should come from younger generations

The founders expect a lot from interactive live shopping in the near future. The demand should mainly come from younger generations who prefer a direct, personal, and interactive interaction with brands when they are shopping online.

They prefer direct interaction with brands.

The Romanian company launched the Streams.live technology in October last year, and since then major brands such as Renault Group, L’Oreal, Vodafone and Medlife have begun adopting this. “We will continue our strategic partnerships with some of the most important brands globally to help them connect with their audiences through live ecommerce experiences”, Dragan explains. “The financing from SeedBlink will help us further expand on the global market and continue working on defining the new experiential era in online commerce”, concludes Mihai Dragan.

Before the coronavirus pandemic, Oveit generated incomes over 400,000 euros, and by 2023, they expect an income growth of over 9 million euros. The company is currently evaluated at almost 6 million euros. 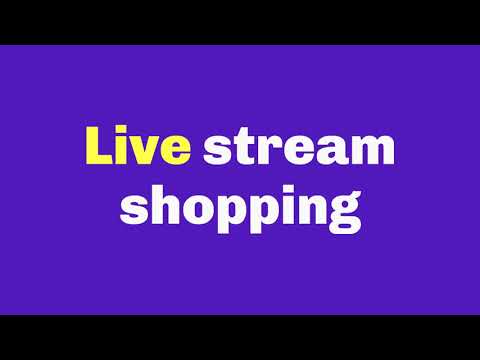