Companies that use automation software are more likely to hire in 2021.

The differences were revealing. While businesses everywhere struggled during the pandemic, companies that use automation software are a lot more confident about their plans going forward.

COVID-19 was devastating for small and mid-sized businesses, regardless of whether they used automation software. It’s no surprise that our survey showed a majority of businesses were negatively affected in some way.

There’s no one-size-fits-all way that companies use automation software. Popular uses include automating repetitive work such as data entry, document organization, and lead management. For instance, teambuilding.com—a company that started in response to the pandemic—used automation to implement complex but necessary lead sorting systems that notified team members of qualified leads immediately, allowing them to close more deals. Ultimately, these processes played a role in allowing teambuilding.com to accrue so much business that they hired over 100 new teammates. 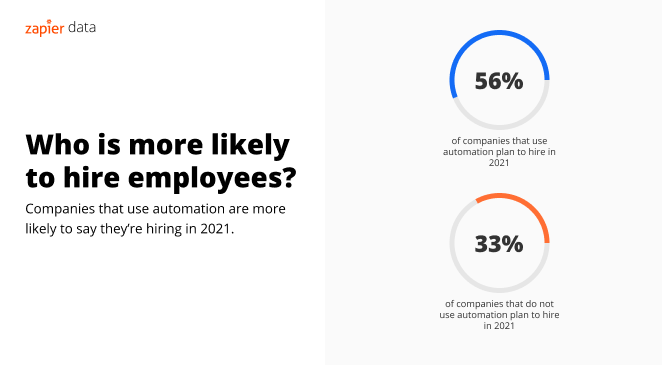 Businesses that use automation are more resilient and recovering more quickly 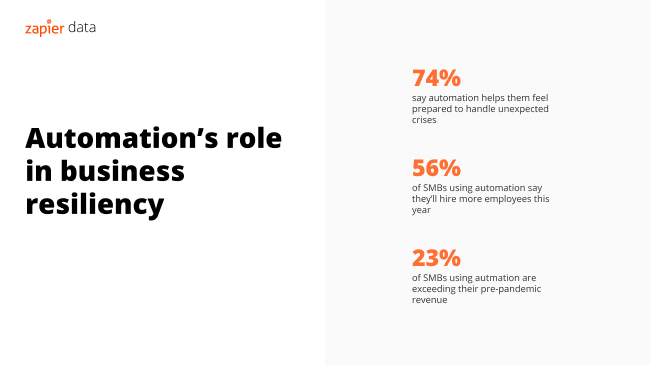 Workers who use automation are happier 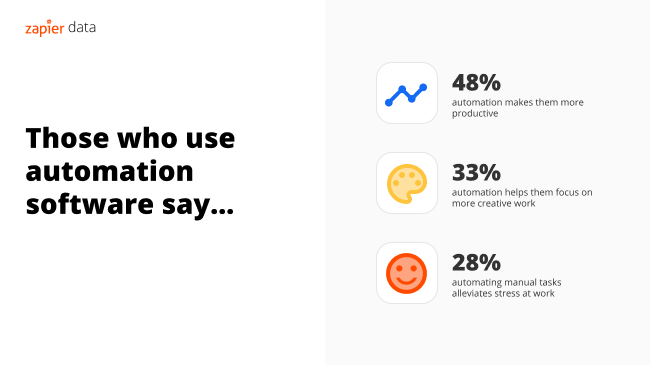 Only 8 percent said none of the above is true—92 percent of people who use automation benefit from it in one of these crucial ways.

Methodology: This survey was conducted online within the United States by Centinmentl on behalf of Zapier in March 2021 among 2,000 employed U.S. knowledge workers (primarily work in a professional setting and use a computer as part of their job).