TikTok reminds me of what the internet used to be. YouTube is increasingly professionalized—every trending video seems to be shot in a professional studio by an actual crew, and all of it is a half-hour long. TikTok, meanwhile, is mostly individual people shooting things on their phones. It’s gritty.

This exact characteristic, along with a potential audience of millions, just might make it the perfect place for your business to reach actual human people—but only if you act like an actual human person while using it. I’m a blogger, so I’m not really a human person myself. So I thought I’d talk with some actual humans who run actual businesses and see how they’ve used TikTok successfully. Here’s what I learned.

L. Michelle Smith is an author, speaker, and business coach we profiled last year. She took the time to show me her TikTok account and talk to me about her strategy. The most important thing she got across: TikTok is a language, and you have to learn how to speak it before you start posting.

Michelle spent two months regularly watching TikToks before making any content on the platform so that she understood the culture of the site. She also spent time actively thinking about what she wants to get from TikTok. 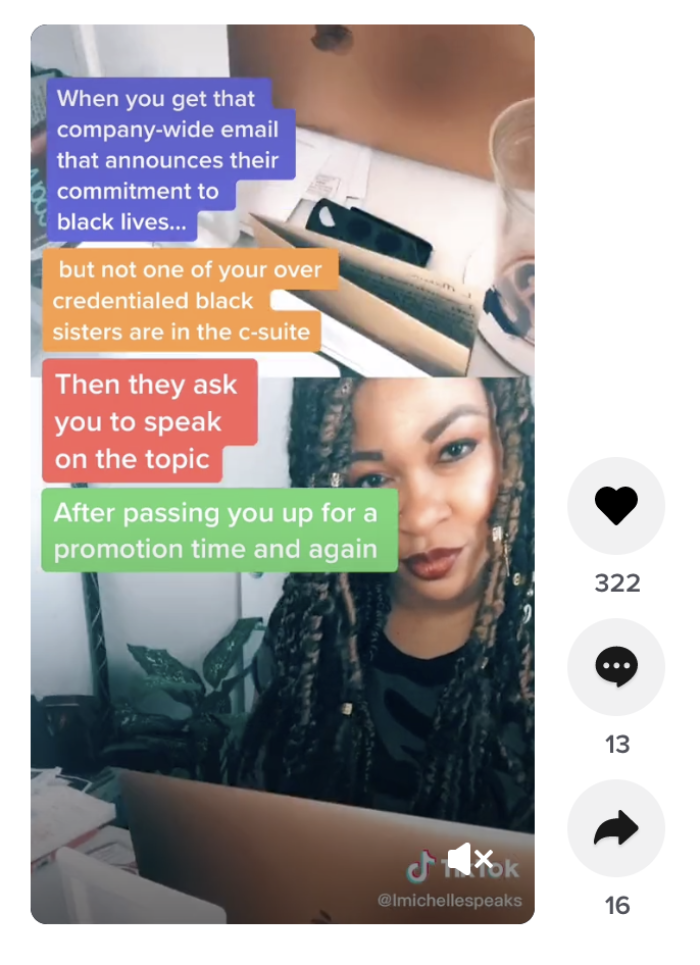 Her advice: have a specific goal in mind before you start making videos, then think of ways to work toward that goal. In Michelle’s case, the goal was to increase sales of her book, so a lot of her videos came out in the lead up to the release.

None of this is to say that you should obscure the points you’re trying to make and hope that people pick up on them subliminally. You should make your points—clearly. Just make those points in a way that makes sense on TikTok.

Christine Ferguson is one of three people working at Ferguson Computers, an IT outfit in Shepherdsville, Kentucky. She told me the important thing is to speak clearly.

Make a strong, concise statement or ask a direct question in the video opening to “hook” viewers. If you don’t grab your viewers’ attention immediately, they’re going to swipe up, up, up and away!

Christine’s most successful video gets across why using a Gmail or Hotmail account for your business is a bad idea. 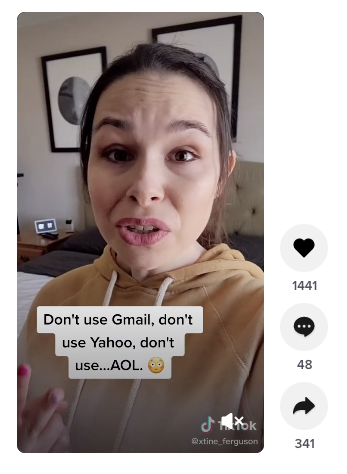 I’ve actually written about the same subject, and I think she gets these points across much more quickly than I do because of her strong voice, jump cuts, and the willingness to be a little silly. There’s something to learn here.

Be authentic and show what you do

Most people probably can’t picture what it is you do day-to-day—but there’s a good chance they’d find it interesting. Shannon Schutt of Clear Mind Jewellery in Peterborough, Ontario, told me she uses TikTok to give people a behind-the-scenes view.

“As we are in the jewelry industry, most people are unaware of the actual work that we do,” she said. “By being authentic and approachable in how we show behind-the-scenes work, we have been able to have some very successful TikToks that have moved followers onto other platforms or driven them to request quotes.”

The video Shannon sent me is great—you see the entire process of something being designed and ultimately made. And, as Shannon said, this ultimately led to customers getting in touch. 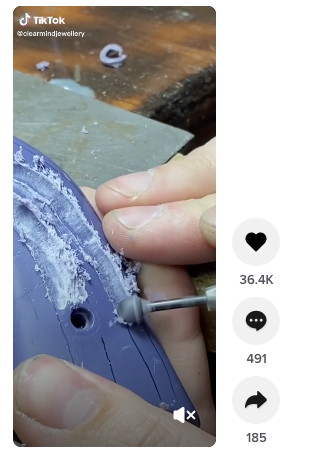 People like learning things—if it doesn’t take too long. Jason McCarthy of DigiNo, an online education company, used this idea when making his TikToks. 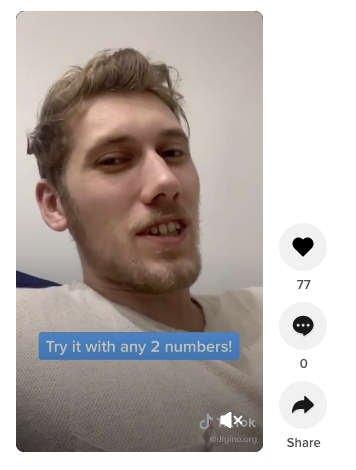 “These facts were designed to give viewers a subtle bit of brain satisfaction, but also leave them wanting more,” McCarthy told me. “For a small online teacher recruitment business, the best way to advertise the job…is to show the job.”

If this approach might work for your business, it’s worth a try.

Be technical or comedic—not both

Sydney Marino is a PR rep for the Facebook community Handy Women, which she calls “a community of ladies whose goal is to inspire, support and celebrate women to do their own handy work.”

Sydney recently participated in a home improvement challenge on TikTok, mentioning the group a few times. The result: she reached over a hundred thousand people, and 1,000 women joined the Facebook page. Not bad for one video. 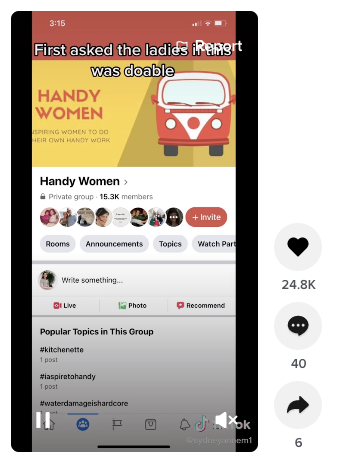 So what can be learned here? Focus on doing one thing, according to Sydney:

When using TikTok, all companies should know that you either need to be technical or comedic. There’s really no in-between if you want to get noticed.

Sydney’s video doesn’t get bogged down in the details of the home improvement, preferring to stick to humor while showing the basics. It’s stronger because of that.

Get straight to the point

Sayble Humphress is the founder of Bali Lash and recently got a lot of attention with a quick demonstration of their product. Sayble told me the important thing was to get right to the point. 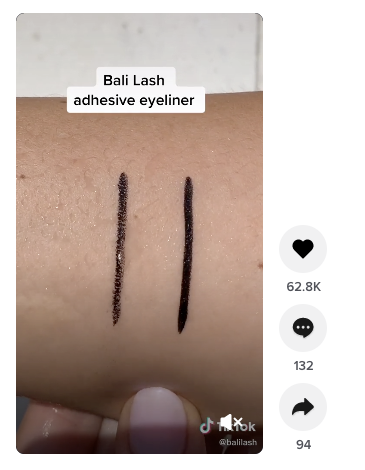 “You need to grab attention in the first two seconds,” she said. “Cut out the frills and make your videos straight to the point.”

Put trending sounds in the background

Sayble also mentioned one other tip: trending sounds. The algorithm is more likely to surface your video if it includes a sound that’s currently spreading on the platform. Suzie Young, who recently started Bucket List My Life, said this also worked for her:

I always add a trending sound to videos, even if the volume is very low behind any talking to camera. This has got many of my videos picked up by the algorithm as viral content, including two that were each viewed over half a million times.

She pointed out this is how one of her videos was picked up by the press and featured in Greek Reporter, LADbible, and other syndicated publications. Not bad exposure. 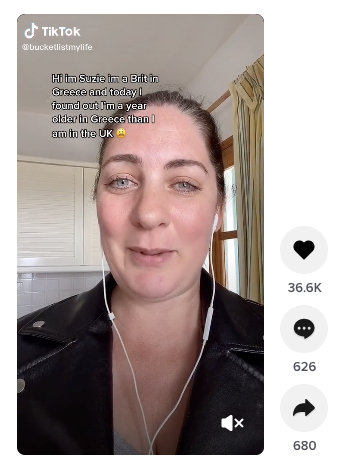 You might not think about TikTok in the context of your business, but lots of organizations are making it work. Find a way to be entertaining, engaging, and useful—and you might find an audience. Just remember to be an actual human person.